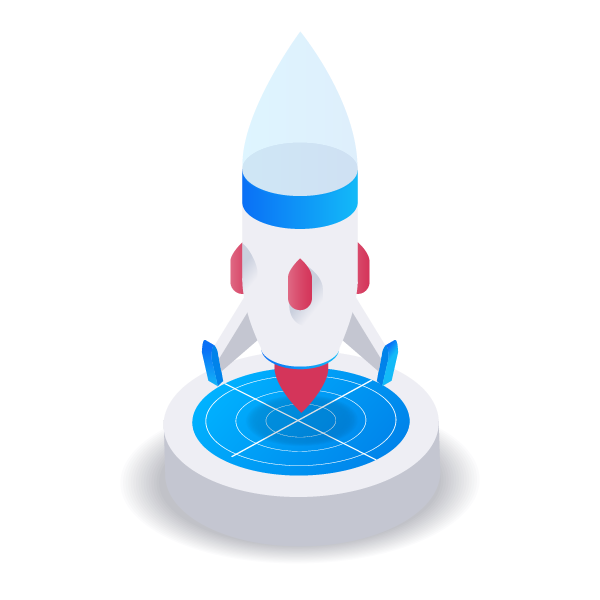 Most people think that great ideas propel start-ups forward. While this is true, it’s not the end-all-be-all. In fact, statistics show that 75% of properly-funded ventures still fail.  This demonstrates how a unique vision isn’t the most important part of building a business. So, if that isn’t the key, what is?

This is how a Tech Start-up grew

In order to answer that question, let’s talk about a real customer case two years ago. This promising start-up innovated a software that analyses ingredients in meals. By doing so, users can effectively manage their diet and big food corporations have the opportunity to create products with better ingredients. Great idea, right? This actually became their stepping stone to securing backing resulting from a spin-off. While they were starting out, they already had two to three customers from whom they got market validation. Another check. Finally, they got bigger financing and hired experts. They even found veteran executives to join their team. Obviously, at this point, they were growing and growing… until everything slowed down.

When a company is rapidly hitting its goals, it seems that it’s doing great progress. Our client seemed to be doing everything right even on the marketing perspective— they went to events to do networking, they started campaigns and press releases, they went on public television, and they increased their online visibility. These were all classical strategies that have put several other companies on the map and so, with all these in place, they waited.

Hitting a Bump in The Road

Six months later, their pipeline value became pretty thin. They weren’t getting the results that they were expecting, so eventually, they started looking for solutions. The pressure was also weighing them down because they had big investors with big expectations.

The first thing they had to find were real customers. However, they were not able to hit their conversion goals because of their general marketing strategy. Fortunately, they realized they needed to find professional help in this area, and that is how we met.

Eventually, the Frimgle team presented some tried and tested strategies in order to find prospects and secure deals. We checked their business model and found some solutions—one of which is to partner with external companies. Through partnerships, our client’s internal operations would also improve. With this type of mutually beneficial set-up, the engagement wouldn’t be limited to a short period of time. Instead, it would last longer and finally witness growth.

Then, we referred to their existing client base and gathered more data. We then tried to nail down a very short and very interesting product message. This was something that already works for their current customers. This would therefore work for others too, right? Right. So, we scoured the internet for ‘clones’ of their existing customers. These were customers with the same profile, same needs, and same target market. We also narrowed down the criteria to geography and industry, which was fairly simple to do; there is already a lot of information available on the Internet. When the first batch of data mining was completed, we had already found 50 prospects. We then connected with them using our unique product message. Finally, we were able to book meetings.

The thing that makes the real difference for that specific start-up was he results. They were now booking meetings for the first time in months. From that point, they moved a step forward and worked on creating and maintaining a professional relationship.

In the midst of closing deals, they were also learning— the process enabled them to learn how to sell and how to build revenue. Along the way, we were also able to evaluate the strategy. Furthermore, they started identifying what works best and what doesn’t. With this constant cycle of booking, meeting, learning, and revising, the startup got meetings frequently.

Going for The Goal

Because of the knowledge brought by this experience, the company now had a clear view of their target market. Apparently, their concept was widely accepted by large enterprises that cater to retain consumers. Their technology definitely found use in this market. Since food was produced in volumes, quality was of utmost importance. Of course, bigger production meant bigger budgets, which enabled these corporations to easily invest in the start-up’s software.

We weren’t just cloning the customer profiles anymore; we already had a validated customer persona and a clear goal for the start-up. Of course, this didn’t come easy—we’ve already sifted through about three thousand profiles by this time.

By Bulk or By Batch?

Because of the sheer volume of the customers’ profiles, we decided to withhold the complete database from the start-up in the beginning. We did this because it would be counter-productive. If they worked on all the three thousand profiles at the same time, they would be intimidated and overwhelmed.

In order to properly monitor and validate our strategy, our team tackled the process by batches of 50. By doing so, we were able to actually feed the start-up with just the right volume, one that was very manageable for them. If we had given them the entire bulk, they would be swamped with messages and this would stifle their growth.

In between the first two to three months, we saw that they had quickly adapted. They started breezing through meetings and signing contracts. Our strategies were working. This relieved the pressure from their investors and from their boards. As a result, they eventually secured more financing. Now, they had additional resources, automation, marketing, and new employees.

Within six months into our collaboration with the customer, we were able to get leads across Europe. They now have clients specifically from the markets that we pinpointed and validated for them. From a team of three people, they grew into nine employees. Today, they are now handling projects all over the continent. The biggest achievement of all was seeing their revenue grow from €500,000 to more than €1,500,000 annually.

This is a story we’re really proud of. It represents our work with several other startups that now know how to do their businesses and find their own market. In addition, they’ve adopted most of our proposed systems to grow their companies internally. This is our goal for all our partners and clients— shift from being dependent to independent. A little bit of Frimgle help goes a long way.

This is how our customer

Made by Fabulous ID

Any cookies that may not be particularly necessary for the website to function and is used specifically to collect user personal data via analytics, ads, other embedded contents are termed as non-necessary cookies. It is mandatory to procure user consent prior to running these cookies on your website.